The Blues boss has overcome a wave of criticism, but acknowledges that a decision on his future could be taken out of his hands in the summer

Antonio Conte has reiterated his desire to stay on at Chelsea, but acknowledges his plans could be scuppered by a club partial to change.

The Italian coach has overcome a wave of criticism which swelled on the back of successive defeats in Premier League competition against Bournemouth and Watford.

He has helped the Blues offer a positive response to that wobble, with a battling display put in during a 1-1 draw with La Liga giants Barcelona in the first leg of a heavyweight Champions League last-16 encounter.

Conte hopes displays such as that will allow him to see out a deal due to run until 2019, but he is also aware of history at Stamford Bridge and the fact that talk of a possible exit has now rumbled on throughout the 2017-18 campaign.

Quizzed again on his future by Mediaset Premium after a European stalemate with Barca, a man in the warmest of hot seats said: “In 14 years, Chelsea have changed coach 10 times, so they do have a tendency to chop and change here.

“The media also plays on this habit the moment there are negative results. They were already writing headlines about my dismissal after the opening game against Burnley.

“It’s no problem for me, in fact I really like pressure. I just hope it doesn’t affect the players.

“I said very clearly, I have a contract to 2019. I intend to respect it. After that, anything can happen in football. I am happy at Chelsea, but both parties need to be happy.

“In our line of work, we always have a bag packed. My intention is to remain here, but if something were to change, there would be several different scenarios opening up.” 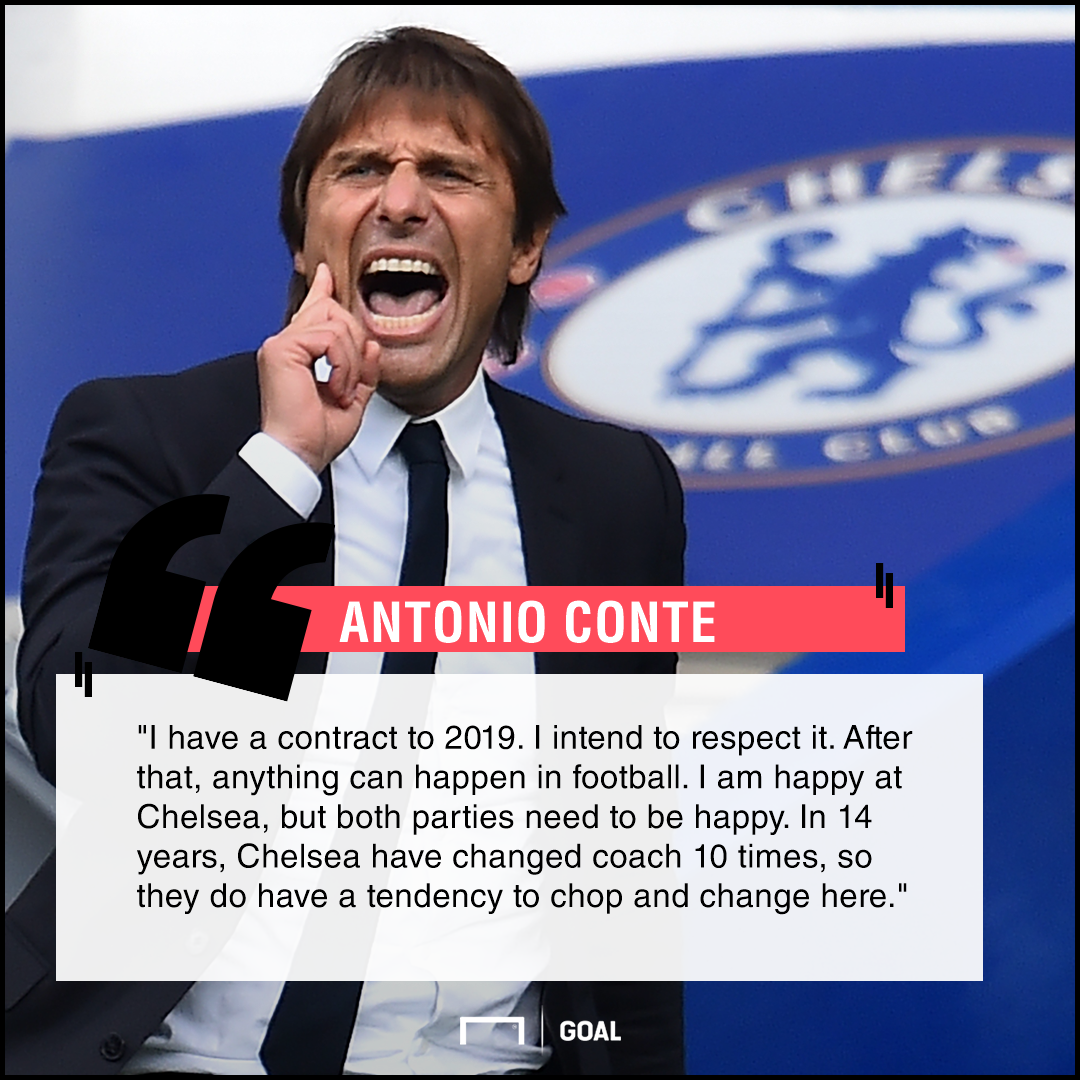 Conte has always maintained that he plans to stay in west London, even when events were conspiring against him.

He has, however, also admitted that he intends to head home at some stage, with a current vacancy with the Italian national side sparking plenty of talk regarding a second stint in that post.

Performances such as the one put in against Barca should aid his Chelsea cause, though, with the reigning Premier League champions having shown that they can compete with the best in the business on their day.

They will need to produce more of the same over the coming weeks in a testing run of fixtures, which includes a return date at Camp Nou and battles against Manchester giants United and City, local rivals Tottenham and Leicester City in the quarter-finals of the FA Cup.