Luis Enqriue has been mooted as a managerial contender for Chelsea and Arsenal, but the former Barcelona boss is waiting on an offer which “really excites” him.

Having returned to Camp Nou in a coaching capacity back in 2014, a former fan favourite delivered three seasons of success in Catalunya.

Two Liga titles, the Champions League, UEFA Super Cup and World Club Cup were captured as Luis Enrique enhanced his reputation as a serious operator in the dugout.

He walked away from the high profile post last summer, and has been out of work since, but talk of a possible return is being stepped up.

Chelsea and Arsenal are just two of the sides to have been linked with the former ex-Spain international, but Luis Enrique insists he is no rush to make a decision on his future, telling Ibon Zugasti’s YouTube channel: “There has been interest from clubs, but it has to be something that really excites me.

“There’s no other club where I’ll be able to work with better players than at Barca.”

Luis Enrique’s decision to step down as Barca boss at the end of the 2016-17 campaign came as a surprise to many, given what he had achieved and the potential for future trophy tilts.

The 47-year-old is, however, adamant that he made the right call and that he has no regrets.

He added: “Maybe a lot of people in the profession were surprised.

“It’s difficult to understand someone leaving Barca, with the best players in the world. 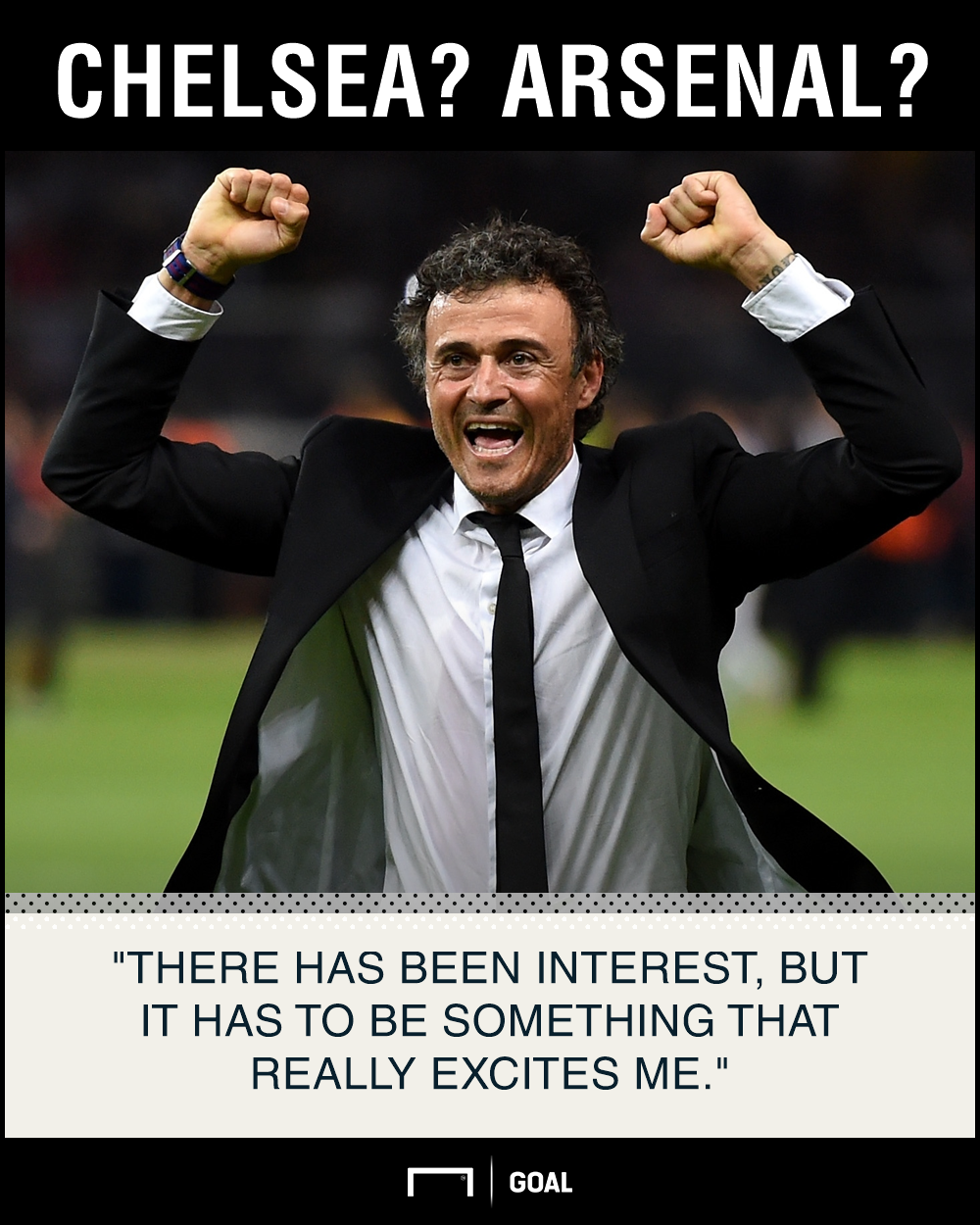 “But I was very clear [that it was the right time]. In fact, I don’t regret it all.

“Coaching Barca involved dedicating all your energy to the team, the club and the players. When you see the end is coming, you have to take it in, accept it and communicate it. There’s nothing else you can do.”

A return to club management is expected for the former Roma and Celta Vigo boss, but Luis Enrique admits that a stint on an international stage does appeal to him at some stage.

He said: “Coaching the [Spanish] national team would be great, but we’ve got [Julen] Lopetegui right now, who is doing a brilliant job.